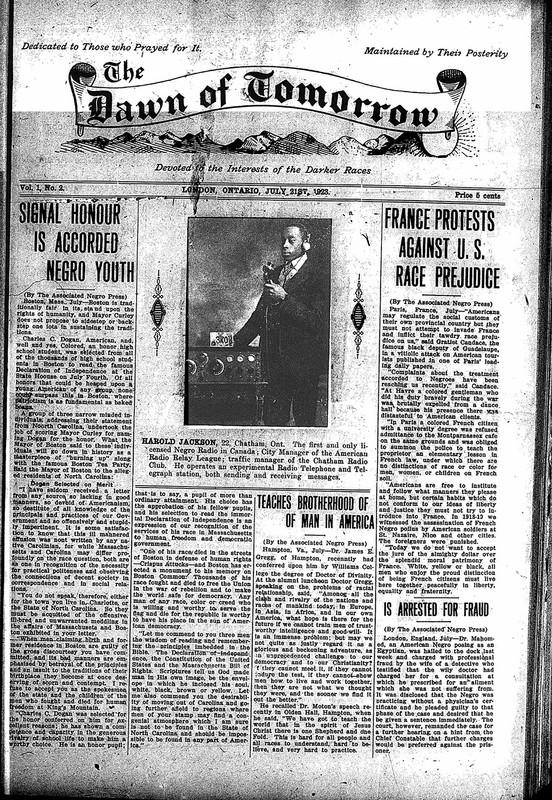 Ancient Order of Hibernians: The Ancient order of Hibernians is a large, Irish-Catholic fraternal organisation, similar in nature and organisation – if not necessarily in ideology – to many others which were popular in the early 20th century such as the Free Masons and the Elks.

A.U.M.P: The African Union First Colored Methodist Protestant Church and Connection, is a Methodist Christian denomination, chartered by Peter Spencer in Wilmington, Delaware, in 1813 as the “Union Church of Africans”.

Dominion Day: Dominion Day was the name of the holiday commemorating the formation of Canada as a Dominion on 1 July 1867. The holiday was renamed to Canada Day on 27 October 1982.

General Hines: John Leonard Hines was an American soldier who served as Chief of Staff of the U.S. Army from 1924 to 1926.

I.W.W.: International Workers of the World is a major labour union, which developed in the early 20th century and supported far left ideologies with tactics which many considered to be radical in nature.

John Hope: Dr. John Hope was a prominent African American educator and civil rights leader from Georgia. He was president of Morehouse College and Atlanta University, which were both African American universities in the state of Georgia.

Kaberega: Kaberega is a miss-spelling of Kabalega, who was the King of the Bunyoro people of Uganda. He was exiled by the British to Seychelles for his resistance to colonial rule. Although he was given permission to return late in his life, he died before reaching Uganda.

Mayor George Wenige: George Wenige was a mayor of London, Ontario in the first half of the 20th century, serving 9 terms (many inconsecutively). He was a populist of the working class who was considered by some to be an eccentric.

President Harding: Warren Gamaliel Harding was the 29th President of the United States. Throughout his life there were rumours of his being of black ancestry, although those were later disproved. As president, Harding spoke out against the Klan and often called for anti-lynching legislation.

Senator E. D. Smith: Ernest D’Israeli Smith was a white Canadian businessman who founded a food company, and also served as a member of the Canadian Parliament for Wentworth from 1904-1908.

Stone Mountain: A quartz monzonite dome found in Stone Mountain Park in Georgia, featuring a carving of three Confederate figures of the Civil War: Stonewall Jackson, Robert E. Lee, and Jefferson Davis. Notably, this was the site of the founding of the second Ku Klux Klan in 1915.

Tammany Democrat: The term “Tammany Democrat” refers to a politician who earned the democratic nomination through the Tammany Society, an influential group within Democratic Party politics in New York in the 19th and early 20th centuries.

Tuskegee Institute: The Tuskegee Institute (Now Tuskegee University) is a post-secondary instate in Tuskegee, Alabama, USA. It was founded in 1881 by Booker T. Washington as a school for African Americans to learn basic work skills. Its focus was on labour and trade skills so as to provide an economic standing for African Americans in the US South.