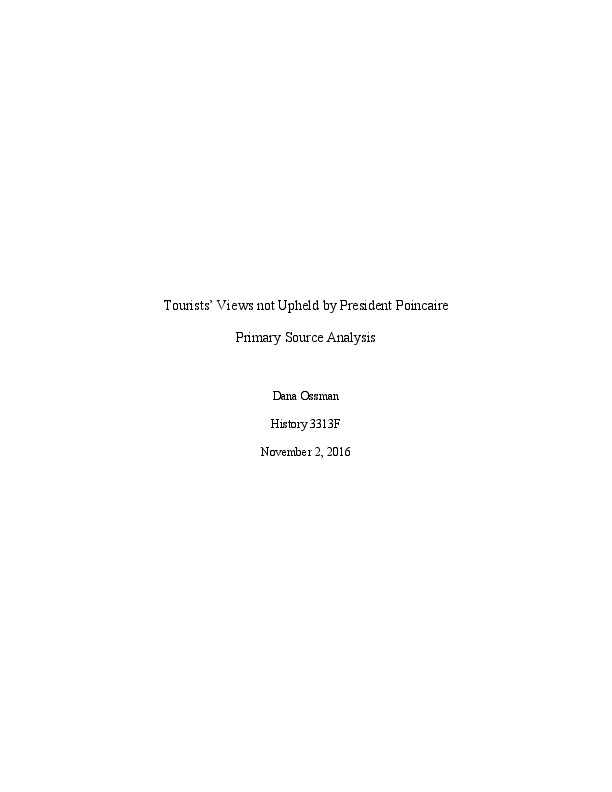 A primary source analysis on The Dawn of Tomorrow Volume 1, Issue 5. This article was published on August 11th, 1923.

During the 1920s, France’s social beliefs regarding racial equality were progressive and drastically opposed those held in America. The treatment of people of colour was so different in the two countries that American tourists protested the rights given to Black citizens of France. The protestors believed France’s action jeopardized “The American Spirit”. The French President, Raymond Poincaré, dismantled these protests to protect his citizens and France’s long-standing views on racial equality. The perception of France as a safe haven for people of colour was more important to President Poincaré than the tourists’ displeasure.