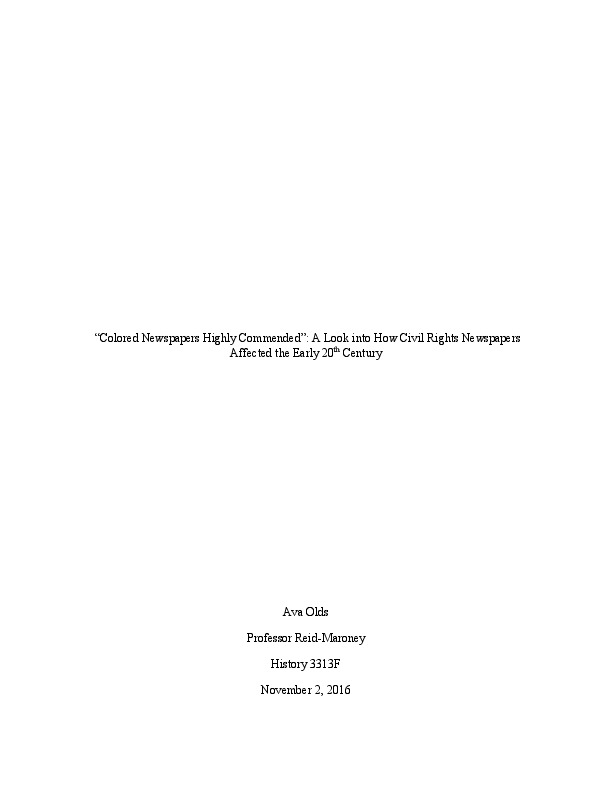 A primary source analysis on The Dawn of Tomorrow Volume 1, Issue 3. This article was published on July 28th, 1923.

African American newspapers played an essential role in the lives of people of colour. These newspapers had a specific audience focusing on people of colour and abolitionists, meaning the editors of the paper could curate the contents accordingly. The newspapers would be full of stories which people of colour wanted to read. Articles about civil rights activism were often published, which helped spread the word of activist movements, important people involved, and the results from their activism. Black newspapers would share issues which would be omitted by the local newspaper.