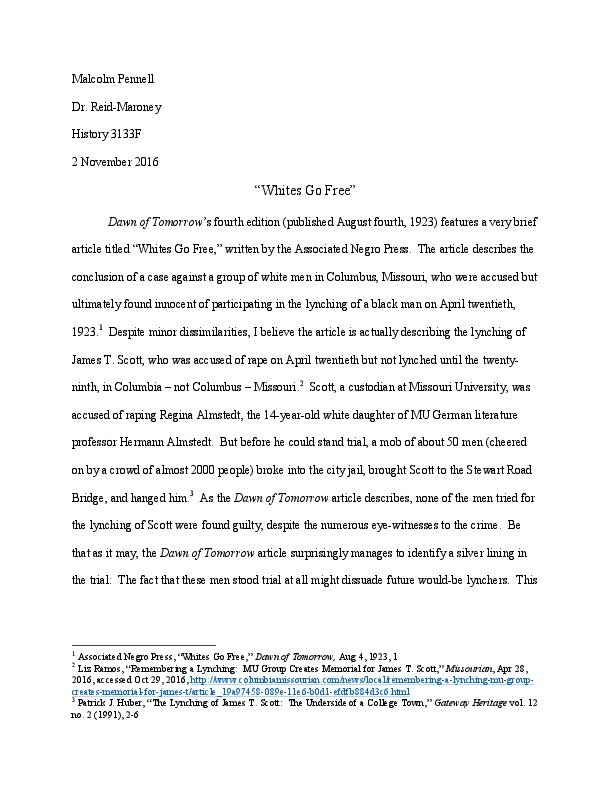 A primary source analysis on The Dawn of Tomorrow Volume 1, Issue 4. This article was published on August 4th, 1923.

An article originally published in the Associated Negro Press and then by The Dawn of Tomorrow explains the death of an African American man named James T Scott. In Columbia, Missouri, Mr. Scott was arrested for the supposed rape of Regina Almstedt, a young white woman. Mr. Scott was in police custody, where he was awaiting his trial when an angry mob consisting of Caucasians descended on the jail. The crowd removed Mr. Scott from his cell and brought him to a bridge where he was lynched. The instigators of the mob were trialled and ultimately found innocent of their crime.