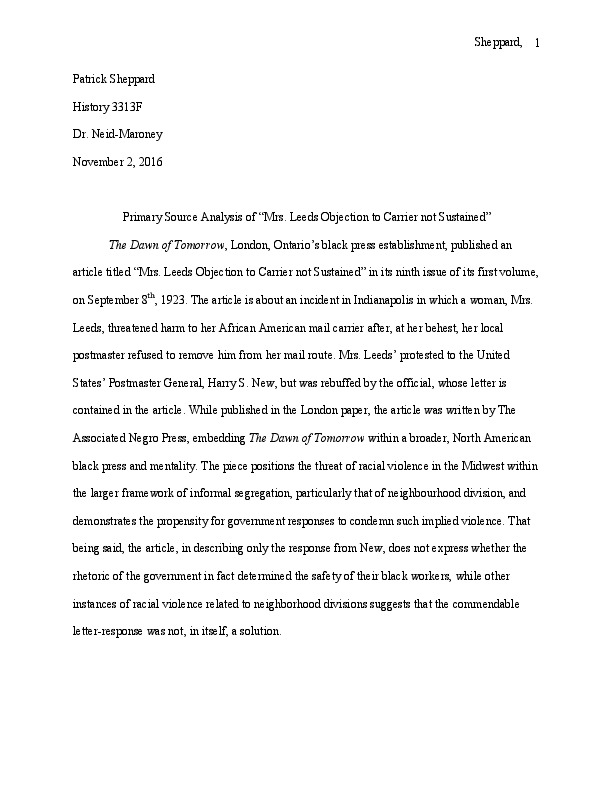 A primary source analysis on The Dawn of Tomorrow Volume 1, Issue 9. This article was published on September 8th, 1923.

The segregation that existed in America during the 1920s was widespread and extended to encompass neighbourhood divisions. In Indianapolis, there were strict discriminatory rules on where a person of colour could live within the city regardless of income. In this specific case, the neighbourhood divide does not limit the type of home buyer but also the subdivision's workers. A woman, Mrs. Leeds, who lived in a white neighbourhood, found it troubling that an African American man was allowed in despite him being the neighbourhood’s mail carrier. Mrs. Leeds wanted him fired despite not having a just reason for the termination.